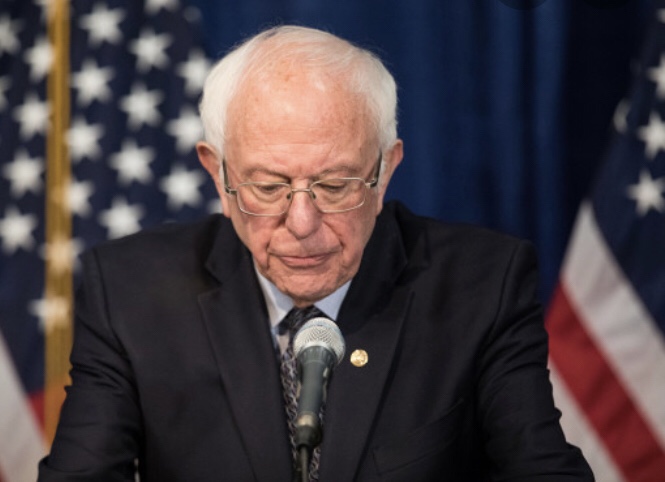 Even after Biden had gained ground on Super Tuesday, Bernie was well-positioned to make a comeback in New York and other states with high delegate counts, especially in Illinois and the midwest. Despite any setbacks from Super Tuesday, the campaign to elect Bernie Sanders had one key strength that would have won Bernie the nomination, ground game.

Whether it was the DSA’s campaign for Bernie or the official Bernie campaign, what was helping Bernie Sanders win was the network of volunteer canvassers and phonebankers having one on one conversations with the electorate. That, and those rallies of his which were like a rock concert of social media gold!

This has always been a strength for any campaign Bernie has had his name attached to. From his campaigns in Vermont to the presidency, one on one and public rallies engagement has always been Bernie’s strengths.

But all politicians have rallies, it was the one on one engagement that really made the difference for Bernie. The door to door canvassers and phonebankers who were going out of their way to talk to voters, not just to pitch Bernie Sanders but to have genuine conversations about the issues important to them, that was what mobilized the Sander’s base and it was what every other candidate lacked. No other primary candidate had a door to door, person to person ground game like Bernie Sanders, DSA, and the other organizations campaigning for Sanders had.

Then the COVID pandemic began, that is when it all went to hell.

Bernie was poised to make a comeback in Michigan, Ohio, Illinois, and especially New York where over 100 people attended the first DSA mass canvass for Bernie after Super Tuesday. But once social distancing came into play, all of Bernie’s ground game was lost. Once that ground game was lost, their was a clear pathway for whoever the corporate media had anointed as the nominee.

Unfortunately for the country, the media had anointed perverted creep and former segregationist, Joe Biden.

This is what frustrates me the most about Sanders’ loss. Biden had none of the ground game or person to person networking that Sanders had, but for no reason other than having powerful connections and media attention, Biden walked into the nomination without ever getting off his lazy ass to engage the electorate.

We all know by now that Obama was pulling strings behind the scenes to get candidates to drop out and coalesce around Biden before Super Tuesday, except for Liz Warren who was kept in the race to keep the progressive vote split and made Biden’s resurgence a mathematic guarantee.

The only reason Biden is the nominee is because his powerful friends manipulated the primary behind the scenes and the corporate media talked more about Biden’s weak campaign than about Sanders’ strong intersectional following. I’ve seen many more Biden rallies televised than Sanders’ rallies, and Biden rallies never filled a high school gym, Bernie could fill a stadium, but CNN never mentioned that did they?

The only strength, literally the only thing that Biden had that Sanders did not, was media attention, and unfortunately that was enough to anoint Biden. Despite having no ground game, no person to person network, Biden walked into the nomination because the powers that be gave it to him. (Thanks Obama. 🖕🏻)

My biggest take away from this election is three-fold: 1. Lenin was right, a bourgeioise press will always be the enemy of the people. There is no such thing as Freedom of the Press where media is a business and not a public commodity. 2. I am reminded of the words of the late great George Carlin, “It’s a big club, and you aint in it.” 3. Covid took away our ability to connect with the working class on household to household, person to person basis. Covid cost Bernie the election just as much as Obama and the media did.

This means that socialists, and Bernie Sanders, will have to figure out a way to maintain the person to person network that allows us to organize and mobilize the working class, otherwise we lose and footing and gains we have made. We need to get creative and we need to do it now.