Nancy Pelosi is no feminist.  Despite how much liberals and self proclaimed “progressives” will elevate her and celebrate her, Pelosi is a traitor to the cause of feminism.

Pelosi showed the world that she and the old guard of the democratic party are agents of the patriarchy when she encouraged Katie Hill to resign. 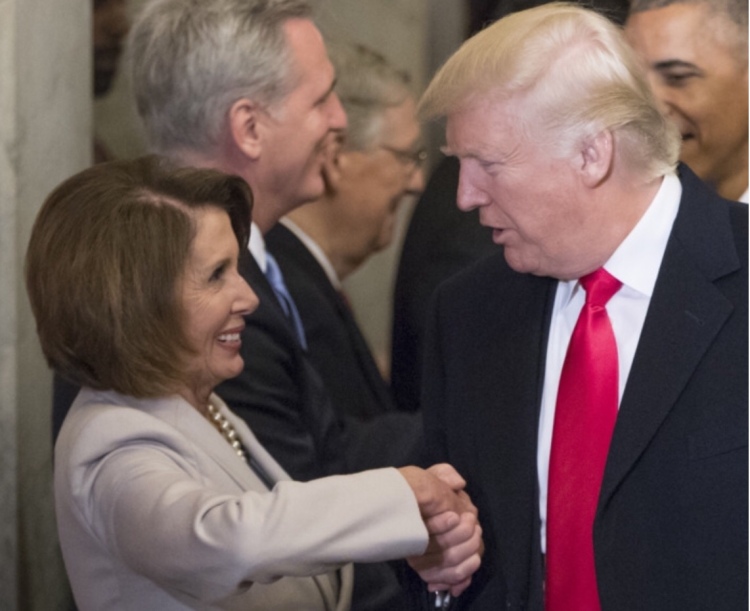 Pelosi was one of these bullies.

Pelosi said that Hill is doing the right thing by resigning, because “We must ensure a climate of integrity and dignity in the congress.”

This is coming from someone who still regularly meets with Bill Clinton.

Hill did technichally violate ethics rules by having an affair with a staffer, yet we have a wave, some would call it an epidemic, of republican men who have affairs and ignore subpoenas, but instead of going after them Pelosi shames a member of her own party into resigning based on some outdated tropes about sex!?  The rules against having affairs with staffers is outdated garbage. You can’t control people’s sexualities with arbitrary rules. People in close quarters (dorms, offices etc) end up fucking, DEAL WITH IT! I could care less who and how congress people fuck as long as it’s consensual.

No kind of feminist, that is who.

By asking Hill to resign Pelosi did two things: 1. Perpetuated the sex negative cultural norms that are inherent in our society, norms that are intent on controlling womens sexualities.  2. Pelosi demonstrated that liberals are selective with their solidarity and lack an intersectional lens when it comes to fighting oppression.

Our society’s out dated sexual tropes and fear of sex exist only to control women, period.  What we have here is a case of slut shaming, and what is worse is Pelosi, a so called feminist, is enabling it!

Pelosi literally did all three.

What I find especially infuriating is the idiotic loyalty so many liberal “feminists” have to her.  They think she is some sort of beacon of hope to women because she occasionally gets snidy with Donald Trump.  Well, she at least does that when she isn’t giving him a standing ovation at his speeches.

Pelosi was one of the people to applaud Donald Trump’s state of the union when he said, “America will never be socialist.”  Call me nearsighted if you must, but I think anyone who applauds Donald Trump, a rapist, at any point should have their feminist cards revoked.

Liberals need to stop “yas Queen”-ing Pelosi.  Pelosi is not standing up for feminism and she never will.  Pelosi would rather protect her crappy, unpopular party from scandal than stand in solidarity with one of the most oppressed identities in her party.  That is one of the most infuriating things and one of the things demonstrating how out of touch Pelosi is, there is no actual scandal here. Most people don’t give a crap who politicians sleep with anymore as long as it is consensual.  She didn’t call for Bill Clinton to resign in 1998, why is she encouraging Hill to resign?

I do not care that Hill took naked photos, it’s 2019, we all have smartphones, if you haven’t taken at least one naked photo then i feel sorry for you.  Live more!

Further, Hill engaged in a consensual affair to escape a loveless, abusive marriage.  I see no scandal in that. So long as we have a president who is a rapist, and facing accusations of raping teenagers with Jeffery Epstein I might add, then I see no scandal in anything Hill did.  I see a scandal in how the democratic party handled the situation.

It doesn’t matter if you love Pelosi, it cannot be denied that by encouraging Hill’s resignation Pelsoi perpetuated and defended the sexist cultural constructs and institutions which perpetuate the patriarchy.  By not standing with Hill Pelosi has revealed how liberal “feminists” are selective in their solidarity.

Nancy Pelosi is not a feminist, period.  Liberals need to pick better heroes.