Spoiler alert, no, no she is not. 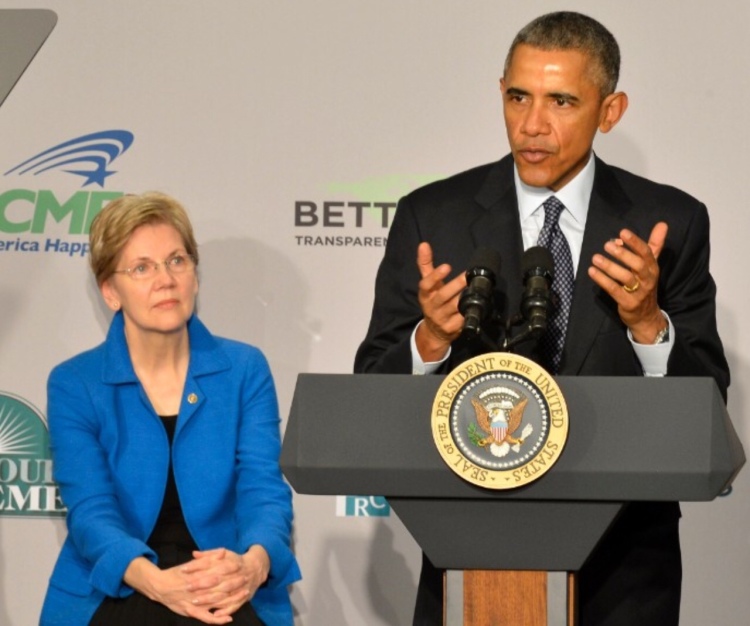 Warren is doing nothing more than copying the election style of Obama 2008, and while it is a very successful, grassroots style of campaigning, it is far from being a juggernaut because Warren, like Obama, will not use it to mobilize her base for a working class agenda.

Why won’t she do this? Because she does not have a working class agenda.

Warren believes in Keynesian, regulated capitalism. To believe in any form of capitalism is to believe in the benevolence and ethics of the bourgeoisie, which is to be inherently anti working class. Warren likes the idea of the American working class, but she fails to understand the need for socialized, radical platforms, and therefore does not understand them beyond her own conceptions of American acceptationalism.

It is true that Warren has doubled down her support for some working class programs, such as Medicare for All at the recent debates, however to quote Game of Thrones, “Words are wind.” Her hesitancy to fully, explicitly embrace Medicare for all until recently demonstrates a hesitancy towards the platform, and anyone can say they support a policy and then retract support later (as Obama did!). Compare this to Bernie who has not only been vocal about working class programs such as medicare for all, but he has also been consistent about voting for these working class platforms.

Warren is also a failure on the international front as well. She has voiced support for Israel and has voted for every single increase in military spending under the Trump administration.

Another misgiving to have about Warren is her refusal to denounce the Third Way Democrats. The Third Way think tank is a collection of investment bankers who are intentionally trying to sabotage the growing left-wing tendency of the democratic party. Their twitter account, Third Way Tweet, has begun praising Warren as sensible and smearing Bernie as a “loser.” (My eyes just rolled so hard they popped out of my skull btw). Third Way might want to actually read Warren’s platform, because there is nothing, literally nothing she has suggested, that is nothing more than a watered down version of what Bernie put forward in 2016.

I also have to say that any one who has ever been a member of the Republican party should never be trusted. Warren was a registered republican until 1996. To support one of the most racist, anti working class parties until you’re in your 40s is bad enough, but what is worse is Warren’s justification for being a Republican.

Warren says while she was registered with the GOP that she was not “politically active” and many who support her say, “yes she was a republican but that was when she was young!” She was in her forties in 1996!

I have even heard some people say that Bernie is a nice alternative to the “old white men” running for the presidency. I would like to remind these people that Warren is 70 years old!

All in all, I do not trust Warren, which hurts because I remember the days of Occupy when she seemed to be on our side. But I am not convinced she is consistent and I think she will sell us out faster than Obama did. Obama is similar to Warren in many ways. Palatable to progressives and moderate centrists alike and with a growing base. But much like how Obama failed to mobilize his base out of a need to be “everyone’s president” so do I also see Warren following the same path.

Warren is not the sensible candidate, she is the watered down version of Bernie. I don’t know about the rest of you, but I hate it when a bar tender waters down a perfectly good drink. I’ll take a shot of Bernie, pure and straight, because that is what we need.

Is Liz Warren creating a campaign juggernaut? No, she is a flavor of the month who might sneak in a victory here and there, but even if she wins the nomination and defeats Trump you will see no activation of this base she built. We will get 4 more years of uninspired, pathetic attempts to regulate a class that already controls the regulations.

We don’t need regulated capitalism, we need to strip away the powers of capital. No candidate can bring us anything close to this but Bernie.