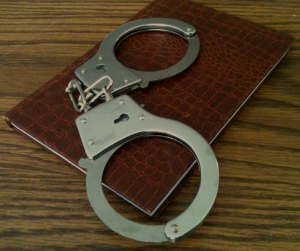 Crime to Judge Bachman was a choice.  It does not matter what you see Judge Bachman for, you will see the fullest sentence for it.  May god help you if it’s your third strike.

It was Jack Lewis’ third strike.

Jack Lewis in the eyes of the law, or rather Judge Bachman, was a good for nothing thief.  First offense; when he was nineteen a buddy of Jack’s broke into a house and didn’t tell Jack of his intentions.  Jack was standing outside when the cops rolled up. He and his friend both got five months.

Jack’s friend got knifed three days into his sentence and died on the way to treatment.  He didn’t even live past the cellblock doors.

Jack served his sentence, then two weeks later Jack got caught trying to grab $500 cash from the front seat of a car by reaching in the passenger side window.  It turned out to be a sting operation.  Jack tried to claim entrapment and failed.

He got 5 years for attempted larceny and for violating his probation.

He got out in three years, but then he pulled another job and stole $5,000 cash from a Beverly Hills family home at gun point after a failed break in woke up the father.

The cops rolled up on Jack before he could even make it past the drive way.  When Jack lived in South Central and he called the cops on his dad for beating the shit out of his mom, it took them twenty minutes.  Here they were practically waiting for Jack to leave the house.

He never even knew the guy had a silent alarm.  He also had no idea how much they cost.

Now Jack was here, about to stand sentence for breaking and entering and armed robbery for his third strike and was about to be sentenced to 25 to life.

When Judge Bachman banged the gavel and made the sentence official, Jack didn’t even flinch.

There was no surprise, no shock, fear, or worry in Jack’s face, and Bachman didn’t like that one bit.  Bachman was used to making the baddest and toughest criminals hang their heads low in despair, yet Jack didn’t cede.  Bachman couldn’t understand why, and for the rest of his term on the bench he would always be a little self conscious that he would have another Jack Lewis in his court.

Jack got into the orange line of men being put into a big iron caged bus with tinted windows.  The man in front of Jack was a bank robber and the guy behind him was a child molester.  He would get his throat cut before the night was over.

Jack still had that emotionless look on his face.  Completely unfazed by the world around him, it didn’t matter that he was in a bus full of men who would never see the light of day again.  His face was almost set like a stone statue, no fear, and no remorse.

Jack was a model prisoner.  No guards ever fucked with him more than they did with any of the other inmates.  It’s pretty much required in the job that you torture them all just a little bit, but you reward the quite ones by torturing them just a little less.  Jack also never got into any scuffles or got on anyone’s bad-side, nothing happened to him when he took a shower, and he even enjoyed conversing a little with the other inmates in the smoking sections.  They would exchange cigarettes and stories, but that was the extent of Jack’s socializing.  He was a loner outside of prison and he was going to stay a loner in prison, no matter what.

The warden rewarded Jack’s behavior by pulling some strings and convincing his superiors that Jack was suitable for a minimum security “resort,” so they complied and Jack was transferred to Lompoc in California.

Jack’s lawyer appealed day in and day out as he did for all his convicted clients, but nothing could be done to get the sentence reduced.  Judge Bachman also had a way of pulling strings, making sure every sentence he ever makes, even if it’s proven wrong, stands.

It wouldn’t matter because Jack would be out soon any way.

One day when the guards were doing a head count they noticed the irregularity in Jack’s cell, not only was he gone, but so was every single shred of Jack’s existence in the cell, even the blankets and the pillow from his bed.  All of his possessions had been cleared out as if he was scheduled for release, he wasn’t even scheduled for a parole hearing for another five years.

One day, Jack Lewis, simply tired of the prison routine, packed everything up in bags and backpacks.  He then put on street clothes he stole from laundry, and he just walked out the front door.  The guard even waved to him and wished him luck as he walked out.

Jack was now at an impasse, he didn’t know what to do now.  He didn’t care about the fact that he was now probably going to become one of the most wanted men in the country, as far as the prison matter was concerned it was the past.  Jack never gave a shit about the past, all he cared about was now.

He wasn’t stupid though.  He knew that he should probably change something with his hair or do something to disguise himself, so he wore a pair of glasses to mess up any facial recognition programs the feds might use, he saw it in an episode of Law and Order.  He decided to grow his hair long and to grow a beard.

Jack was now ready to continue walking.  He wandered until he found the Pacific Coast Highway and just walked and watched the beautiful beaches and sun stained cliffs, and in a rare moment of emotion, Jack couldn’t help but crack a smile and couldn’t help but chuckle and be amused about the blank new life he had before him.

4 thoughts on “Gramercy, The Journey of Jack Lewis. Chapter 1”